A simple, fresh metaphor is a powerful tool in gaining clarity on what's important and meaningful. Leadership is a complex and diverse subject. Following is a look at how basic, effective leadership and team motivation works. 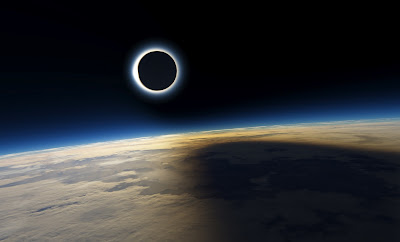 The players in this metaphor are the sun, moon and earth (it's difficult to find a more basic and simple metaphor). The earth represents each team player. It is an intricate entity comprising of a million moving parts - much like each person on your team. It does work, provides value, is difficult to keep in good working shape and exists in its present form because of one primary energy source - the sun.

The sun, obviously, is the earth's energy source and represents a team player's energy source - motive. Each person is motivated wholly by a complicated mix of inputs, but the lesson here is that leadership is not the primary motivator. The source driving action is personal motive.

So, what does the moon represent? This is where the team leader enters the picture. He or she uniquely plays the same role as the moon in the ecosystem. Visually, the moon reflects the sun's light. It is similar, yet all together different from the earth. And it influences certain movements on earth - i.e. the tides. An effective team leader does the same. He or she works hard to reflect back to the team their core motives. He or she is self-aware of the similarities they have with the team, but also recognizes core differences. And, of course, the leader's work (and primary utility) revolves around positively influencing the team's actions.

I think one of the biggest ah-ha moments this metaphor serves up is the recognition that neither the leader nor the team players are at the center of the ecosystem. That position is held squarely by motive. When leaders try to play this role they become overbearing, self-centered and out-of-whack with how true leadership and motivation work. When team players try to fill this position, they aren't in tune with their role within the organization.

Remember this solar system metaphor next time you are attempting to either build a high-performing team, fix one that's off kilter, or working hard to take a team from average to excellent. Continue to sharpen your understanding of each team member's authentic motives, be a reflective model of positive motives and keep those motives as the center of your team's ecosystem.