Goal Processing: To Do to Tah Dah!

How you choose to spend your time provides the framework for your life. The content of your activity is obviously important. Ie - are you investing the majority of yourself in meaningful work or mindless chatter? However, the structure of this content is vital as well. An organization system well suited for your personality, lifestyle and work/home demands actually creates time. Let's look at a few well-practiced strategies that can turn your To Do lists into Tah Dah lists!

1. Use to do lists. If your work/home life is important and meaningful, it requires an appropriate level of management. If you aren't using to do lists, a calendar system, etc. you are potentially wasting one of your most important resources - your time. And more than likely depleting another highly important resource - the trust and admiration of others.

2. Prepare to do lists and organize tomorrow's business today. You want to hit the ground running when the new day comes. Don't waste this valuable productivity window by organizing your day. Do it the night before.

3. Put only "actionable items" on your lists. Ie - instead of a line item being an entire project or a collection of tasks, write down only the next step needed to move a project forward.

4. Unless you have absolutely must-do items on your list, the first things you should do are tasks that will add wood to your day's fire. These could be unpleasant tasks, a very difficult task, communicating with a negative or disrespectful person, a set of short/simple tasks, etc.

5. Study Stephen Covey's time management quadrants and perform the necessary self-audit of how you spend your time. The big lesson here is to organize your time so you are working mainly on items that are both urgent AND important. Poor time managers spend too much time on items that are only urgent, but not important. They also don't make time for the category that leads to deep, meaningful success - the important and not urgent (ie - thank you notes, working out, professional development, etc.)

Your choice. Choose wisely. It makes all the difference in the world.


- Posted from the road using my iPhone.
Posted by Rhett Laubach at 9:23 AM No comments:

Service Mindedness: Manage the Person Publicly and the Process Privately 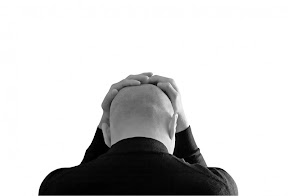 I landed at the Kansas City airport at 9 am after a full night of two flights and one very uncomfortable hour of sleep. I am scheduled to speak in Junction City, Kansas that night at 7 pm. Needless to say, sleep is a very high priority. I called the hotel where the conference was being held and where I had a room booked for that night and requested an early (as possible) check in. The front desk lady says no way, so I asked to be transferred to the person in charge of handling the conference attendees' rooms - the event coordinator. After some discussion back and forth she ended our conversation saying, "Come on. I am sure we can get you a room early."

What made this statement even more important was I actually had another option. A friend of mine, Bill Cordes, lives between the airport and the hotel and I could have caught almost seven hours of sleep at his place. But, I believed the event coordinator that I could get in early and away I went.

I checked back at Noon. No rooms.

At this point, I obviously had two choices. Get upset (which is not healthy in any case, but certainly not when jet lag, a headache and a looming performance that night are mixed with it.) Or I could write a blog post about how sometimes businesses fall down when their front line team default to a strict rule-based interaction with customers instead of relationship-based interaction. Most of the interaction with the customer needs to revolve around their experience in the situation, not on the rules dictating the situation.

Action Lessons for the Courtyard by Marriott:

- When delivering bad news, give reason and context. All I was told by the front desk was, no rooms are available. As a frequent traveler who has checked in early at hotels many, many times, I understand the process. People check out. Cleaning staff starts cleaning. Rooms begin to become available. The "available" status is a one-at-a-time process, not "all of a sudden every room is available." Even with this understanding, no comments were given beyond the absolute basic information - rooms are available at 3.

- When making a promise (which is what the event coordinator essentially did), work your tail off to deliver as promised and/or communicate the process of trying to deliver on it. I was at the hotel for hours and never heard from the event coordinator who told me to come on because a room would surely be available. Radio silence the entire time. She never tracked me down (I told her what time I would be arriving.)

- Make exceptions for hardships. I clearly communicated my unique situation. Red eye flight. No sleep. Have to speak to the group that night. I was treated like any other person (and certainly others wanted to check in early) who simply wanted to put their bags in their room before the meeting started. Even if you don't want to leave it up to the front desk to make those decisions, create a process that makes certain rooms available for people in those situations. I.e. - everyone knows 3 pm is the check in time. However, we know we have people who want to check in early all the time. Let's implement a process that is proactive to prepare for smiles from our customers, instead of frowns.

- Be vocal about your desire to solve the problem - even if you don't see it as a problem. I actually overheard the front desk staff say to each other, "it says clearly in all the contracts that check in is after three."

A few weeks ago I attended a conference in southern California where the keynote speaker's main theme was "Go Human." Keith Hawkins' point, and my point to not just this hotel, but any business/organization who stays afloat primarily by convincing people to buy their products or services, is to take care of the person publicly and manage the process privately.


- Posted from the road using my iPad
Posted by Rhett Laubach at 2:12 PM No comments: